You are viewing the US 🇺🇸 version of our site. To view the International version, click here. 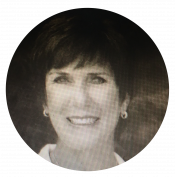 Lynne serves as Chair on the PTR Board of Directors and as a Director at Large on the PSR Board.   With more than 50 years of teaching and coaching expertise at every level, Rolley served as the Director of Women’s Tennis for the USTA, coached the Fed Cup Team, PanAm Games and the US National Teams all over the world. She was the Director of Tennis at Berkeley Tennis Club and Moraga Country Club. Most recently, Rolley served as Executive Director of Tennis at La Quinta Resort and PGA West. Currently, she is the Director of Tennis at Meadow Swim and Tennis Club in Orinda, CA. In 2020, Lynne was the recipient of the International Tennis Hall of Fame Educational Merit Award.  Rolley was the first woman to coach a men’s NCAA team at St. Mary’s College in Moraga, CA.  As an adult, she was ranked in the Top 10 women in the US and held several National titles as the #1 ranked junior player. She spent many years coaching top players, such as Lindsay Davenport, Jennifer Capriati, Chanda Rubin, and the Williams sisters. She is a renowned speaker and writer for Tennis Magazine, as well as other publications. Rolley also had her own academy show, which appeared on the Tennis Channel.  Lynne is a PTR certified Professional and USPTA 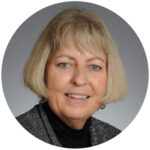 Delaine B. Mast has served TENNIS for more than 40 years and has helped to get over one million people, from all walks of life, to play TENNIS!

Mast has a long history of volunteerism within the USTA, having served on ten national committees or task forces since 1987. Currently, she serves on the USTA National High School Committee. She was a Director at Large on the USTA Board of Directors, 2011-2012, where she was Vice Chair of the Strategic and Creative Planning Committee and the board Liaison to the Service Council. She served on the Leadership Competencies Task Force that determined the current National Volunteer Leadership Competencies. She served as a member of the Creative Opportunities Task Force, 2009-10, and was the presidential appointee on the Executive Committee and a member of the Strategic Planning Committee, 2007-08 where she helped to create the “USTA Strategic Directions”. She also served as a member of the Nominating Committee, 2001-04; chaired the USA Tennis 1-2-3 Committee, 2001-02; and, as a member of the Community Development Committee, 1997-2000, assisted in creating and developing the concept of Community Tennis Associations. She has also served as a Community Development Volunteer National Trainer since 1993; she was, in fact, one of the nine original national trainers and has conducted more than 50 workshops.

On the sectional level, Mast has served in a variety of capacities with the USTA Middle States Section, including as President, 1999-2000, and Delegate, 2001-02. Since 2005, she has served as the Chair of the USTA Middle States Scholarship and Grant Committee, which she initiated in 1992, and she previously served as the Central Penn District President, Executive Secretary and the first Area Training Center Administrator.

Mast graduated with honors from the University of Tennessee in 1983 and embarked on a long career in tennis. She has served since 1986 as the men’s and women’s tennis coach at J.P. McCaskey High School in Lancaster, where she mentors inner-city students. She was the first female coach in the Lancaster Lebanon League to coach a men’s varsity team. Since 1986, she has also served as the National Director for World TeamTennis (WTT) Recreational Leagues, and as the co-founder and Executive Director of the Junior Tennis Corporation of America, which has provided free tennis instruction to over 10,000 youth. Locally, she serves as the Executive Director of Tennis Central, a National Junior Tennis and Learning Chapter and 2015 Middle States NJTL Chapter of the Year, whose mission is to serve up opportunities to strengthen the community through tennis and education.

In 1998, Billie Jean King and WTT created the Delaine Mast Award to be given annually the top WTT League Director. Mast has been inducted into the USTA Middle States Tennis Hall of Fame, named the Lancaster Lebanon League High School Coach of the year along with being recognized in 2015 with the USTA Volunteer Service Award for 25 years of service. She received the USPTA’s Norman Bromall Service Award for her contributions to the game. In 2010, was selected as the Professional Tennis Registry

Member of the Year for Pennsylvania for her contributions on and off the court and received the prestigious Mangan Award from USTA Middle States.

Mast resides in Lancaster, Pa., with her husband, Doug, and sons, Darren and Alex. In 2002, the Masts were named the USTA Middles States Family of the Year, and they received the USTA Ralph W. Westcott Family of the Year Award one year later. Mast is a proud Board Member of the PTR and resides in the USTA Middle States Section. In 2016, Mast was named the Eve Kraft Community Service Award Winner and in 2017 received the prestigious International Tennis Hall of Fame Education Merit Award. Last year, Mast was recognized by the Tennis Industry as “Grass Roots Champion of the Year” for her commitment to growing TENNIS! 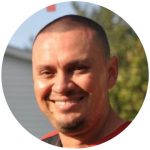 A native of Bolivia, in 2007, Perez was Captain of his country’s team at the ODESUR Games in Buenos Aires & captain for the Bolivian team on the Cosat Junior Circuit in 2005.   He has worked in the tennis industry for more than 25 years and is both a PTR and USTA Clinician.  Perez, a 20-year member, is a Level II Certified Professional with PTR and is the PTR Regional Director from NY.   He has also served on the Board of USTA Eastern for 4 years and is the USTA Eastern Instructors & Professionals Committee Chair.

Tito has conducted several presentations at PTR International Tennis Symposia as well as being a faculty member for the PTR & USTA Eastern.  Also, Pérez is the President of Response Sports Consulting, a company that focuses on helping tennis businesses on and off the court. 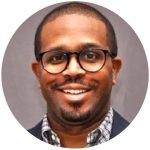 John, a 20-year PTR Professional, was recently promoted to President and CEO of the WTEF (Washington Tennis & Education Foundation). WTEF, founded in 1955, is located in Washington, DC and spread over two campuses, one of which is the site of the Citi Open. Prior to joining WTEF, John was General Manager of the Junior Tennis Champions Center (“JTCC”), a global leader in producing world class junior and collegiate tennis players as well as introducing new players to the sport. John, a former Division I athlete and graduate of the Howard University School of Law has over 15 years of tennis industry experience. Presently, John oversees all operations at WTEF.

For PTR, John was the Director of the PTR Regional Training Center at JTCC.  John, a life-long athlete, proven leader, and innovator, is a recognized speaker on growing the sport of tennis and other relevant industry topics.  He has given his time to speak and present at countless PTR Symposia and Conferences. 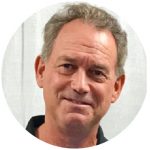 Martin van Daalen has been coaching for over 35 years. He currently serves as the Director of Programming at the Miami Beach Tennis Academy.  After becoming a national coach and director of women’s tennis in Holland, he worked for a long period of time with top juniors and professional tennis players at Saddlebrook Resort in Florida, coaching Pete Sampras, Jim Courier, Jennifer Capriati, Mary Pierce, and Jared Palmer. He worked as a national coach for the USTA for over 11 years, developing many top juniors, college players and professionals. Many of them are still playing on the ATP and WTA tour today. In 2013 and 2014 he worked as Director of Player Development for the Finnish Tennis Federation. He has published two books, Teaching Tennis Volume I & II. 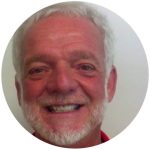 As a teaching professional with more than 30 years of experience, Ron has made a tremendous impact on the tennis communities at The Sports Club at Boar’s Head Resort and in the Charlottesville area. Through tennis, Ron has touched the lives of many players around Charlottesville, including his own children. This led to numerous honors and accolades including the 2002 PTR Virginia Member of the Year and the USTA Virginia Family of the Year in 2008. In February of 2010, Ron received the Professional Tennis Registry’s highest honor, Master Professional. He is one of only 31 in the world to receive this designation. Ron’s current priority is the direction of tennis tournaments at Boars Head Sports Club, including the Women’s Clay Court Classic, the Charlottesville Men’s Pro Challenger, Special Olympics “Xperience” and numerous USTA junior tournaments. Ron is a member of the Head/ Penn Advisory Staff and president of the Charlottesville Area Tennis Association. 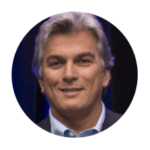 Karl is the current President of the PTR Board.  He has an accomplished tennis history. He played competitive tennis internationally, participating as a player and a coach in Davis Cup for Jamaica and as a Fed Cup Coach for Canada. In 2006, Karl was named PTR Professional of the Year. As a player, Karl was the World #1 in over 40 in 2007 and was awarded PTR Player of the Year in 2010. Now Karl serves as the Tournament Director for the National Bank Open, formerly Rogers Cup, which is the largest one-week tournament in the world with past champions, Rafael Nadal, Roger Federer, Novak Djokovic, Simona Halep, and Serena Williams. Along with his duties at the National Bank Open, Karl founded the Daniel Nestor Charity Event, which raised over $1,000,000 for North York General Hospital and Tennis Canada Go for the Gold Fund. Karl also founded the Helping Hands Jamaica Foundation, which raised over $500,000 in his native Jamaica while building five new schools. For his extensive work with Helping Hands, Karl was named PTR Humanitarian of the Year in 2017. Most recently, Karl was the host of the successful PTR Hour. His insightful and entertaining interviews gave coaches an inside look at the most exciting names in tennis.  Karl is a PTR International Master Professional.

Join us in sunny, majestic Indian Wells, CA, for a week of education and networking.