You are viewing the US version of our site. To view the International version, click here.

Days until your membership and liability insurance expire:

Get to know the PTR team below! We exist to serve our members and grow the sport of tennis together. 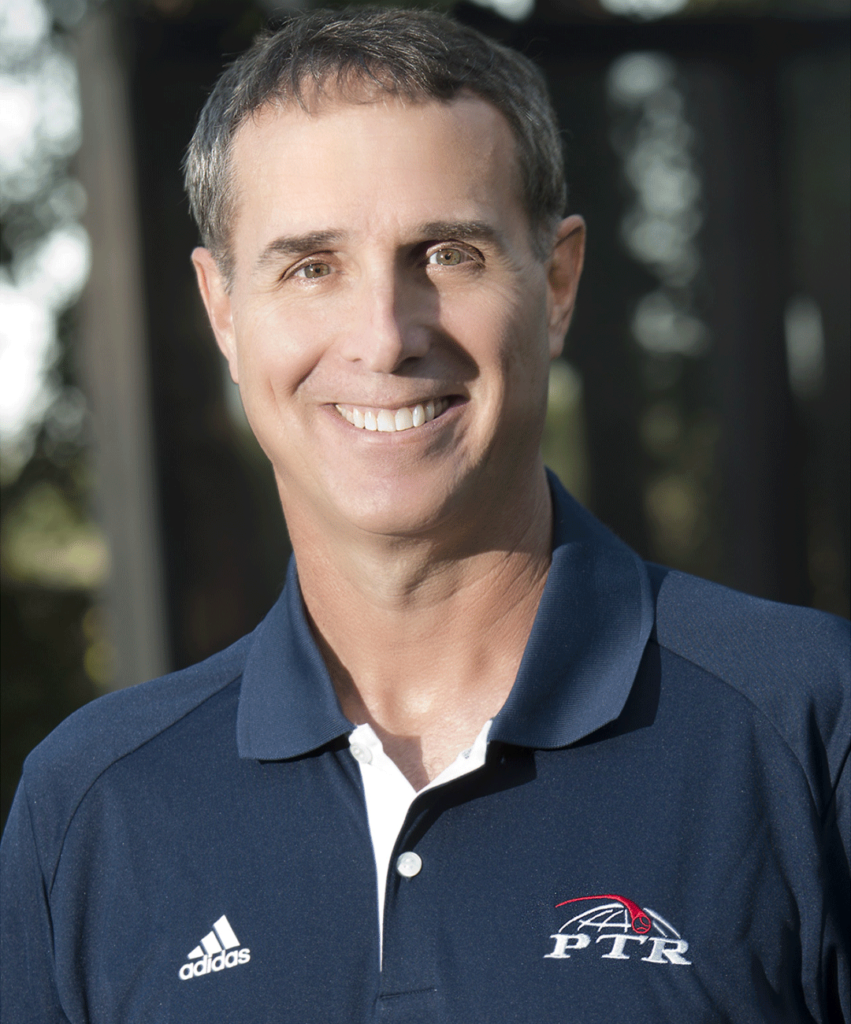 Brian, who joined the PTR staff in May 2014, has had a series of promotions during his tenure. Prior to his new post as COO, Parkkonen served as Director of Education, where he was responsible for the direction and content of the organization’s four education pathways to certification, as well as Level 3 Specialist and Master of Tennis programs.

Iñaki coordinates the International Department of PTR. Iñaki has traveled to more than 100 countries to teach PTR Workshops, resulting in having taught more than 650 PTR workshops. He represents the organization at many International ITF and ATP conferences and symposia.

Director of Education and Diversity

In this position, Milena will design, implement and manage PTR’s education for Level One, Level Two and specialty courses. To continue to expand tennis’ reach, Milena will work with PTR’s successful diversity programs such as the PTR ACE Program, Wheelchair and Adaptive Programs and the Junior Apprentice Program. Milena is spearheading PTR’s exciting new initiative PTR-W - Because We Can. The program will recruit, certify and empower female coaches providing the tools and networking support they need to progress through their career paths.

A familiar face to many PTR members, Helma has been with the organization since its inception. Prior to joining the inaugural PTR staff, she worked for Dennis Van der Meer.

Caitlyn joined PTR as the member experience coordinator. She assists PTR members both new and current, ensuring they have the best experience working with PTR. Caitlyn also manages PTR's branding.

Anne is the Education Consultant for PTR, responsible for designing and developing the new PTR Coach Education Pathway. She is also a consultant to several tennis academies and USA Football. Previously, Anne was Manager, Coaching Education for USTA High Performance, working with High Performance Coaches throughout the USA.

Paige Payne joined the staff at PTR in May 2012, after graduating with a degree in marketing from Ashland University, where she played on the tennis team.

A Minnesota native, Vicki graduated with a computer operations degree, and moved to Hilton Head Island in September 1989. In 1991,

Karolina joined the team at PPR in January 2021 and is in charge of member services for PPR. If you call the PPR line at the office, she’ll probably be the one on the other end of the line!

Chief Executive Officer (CEO)
In 1999, he became the first person to conduct courses for tennis teachers in all 50 US states. In the early 1990s, Dan created the PTR ACE program, which continues today. The ACE Program has educated and certified thousands of multicultural tennis teachers in the USA. In 2005, he developed PTR on Campus, a successful program aimed at increasing the number of young tennis teaching professionals. More recently he played an integral part of expanding PTR’s education pathway to include five certifications and an externally accredited Master of Tennis program. In 2000, Dan captained the USA team to an upset victory over #1 seeded Germany in the inaugural Tony Trabert Cup held in Santa Cruz, Bolivia. Dan, who holds a B.S. degree in Business Management from the University of Florida, has served on and continues to serve on several USTA national, sectional and state committees. He also sits on a number of industry boards, including International Tennis Hall of Fame, Tennis Industry Association and the National Public Parks Tennis Association. Dan received the prestigious Educational Merit Award from the International Tennis Hall of Fame in 2006. That same year, he was inducted into the South Carolina Tennis Hall of Fame. In 2010, he received the ITF’s Service to the Game Award. In 2015, Dan was inducted into the USTA Middle States Tennis Hall of Fame. In 2018, Dan was inducted into the Southern Tennis Hall of Fame.

In addition, he developed new courses and opportunities, including PTR’s Education Dashboard that provides hundreds of hours of free online video presentations, and was a key player in the evolution of the PTR Coach App. Working with Sarah Ansboury, Brian was also instrumental in the organization’s new PPR pickleball certification curriculum, workshop preparation materials and clinician training. Brian started at PTR as Director of Development where he oversaw the delivery of PTR education and managed scores of clinicians across the United States. Before leading the clinicians, he was one himself.

Brian’s evolution in the organization began long before he joined the staff. Coincidentally, he started his career as Head Pro and Director of College Placement at the Van der Meer World Class Academy (Dennis Van der Meer founded PTR), before going on to serve as director of some of the largest public and private clubs in the country.

Born in Milan, Italy, Iñaki is able to converse with our members in Italian, English, Spanish, French and Portuguese. Iñaki is also the Coordinator of ACE, PTR’s multicultural participation program, represents PTR on various USTA and ITF Committees, is on the Cardio Tennis Speaker Staff and is a USTA High Performance Coach. He is one of only two clinicians authorized to conduct international Etcheberry Strength & Conditioning Certification.

With a passion for wheelchair tennis and Special Olympics, Julie annually serves as Tournament Director for both the PTR Wheelchair Tennis Championships and the Special Olympics Tennis Championships. In 2006, PTR received a National Award for Adaptive Tennis. In 2005, Julie received the USTA Community Service Award for the Southern Section and the Special Olympics South Carolina’s Super Hero Award. In 2004, she was recognized by RSI Magazine as the Wheelchair Tennis Champion of the Year. Julie is very active in the local community and teaches sports and fitness classes as her hobby. Julie has been with PTR since 1985, and has a B.S. in Public Relations from Florida State University.

Milena comes to the position very well equipped for it. She has been a member of the organization since 2011, and is a Certified Professional in all PTR education pathways. She grew up on the courts of her parents’ tennis club, where she started playing at age three; and as a junior player, Stephens reached #1 in her native Brazil. She earned a full athletic scholarship to play for Delta State University, and went on to earn her BA and then a Masters degree in Sports Management. Milena served a Director of Tennis at Cleveland Country Club in Mississippi. She also coached at Midtown Athletic Club in Weston, Florida, where she discovered a passion for working with children.

She is responsible for the consistent look and theme of all PTR graphics and messaging in order to grow the PTR marketing and social media footprint. Caitlyn graduated from Northern Michigan University with a Bachelor of Fine Arts in graphic design.

Prior to the USTA position, Anne served as Coach Education Director for The Lawn Tennis Association in England. At the LTA, Anne had full responsibility for developing all Coach Education and Teacher Education courses, all Tutor Training, Coach Development and Coach Licensing. She was a member of the ITF International Coaches Commission from 1997-2005. Anne has also coached full time, and presents at numerous tennis and other sport conventions and symposia around the world. She is in the process of completing her PhD, studying how the relationships between coaches, parents and the system impact the development of young tennis players with potential.

Paige works in US Member Services.

Louie has a Ph.D. in Nuclear Physics from Baylor University, is a Senior Head Professional at the Van der Meer Tennis Center, a PTR Master Professional and PTR International Tester and Clinician.

Vicki joined the staff at PTR as a bookkeeper, then grew in her position to handle all the accounting, payroll and finances for us.

Prior to PPR, Karolina was the Assistant Director of Racquets at Allegheny Country Club in Pittsburgh, PA where she could be found running cardio tennis classes, teaching junior development clinics, running member events, playing in platform tennis tournaments, stringing racquets and everything in between.  Having been in the industry since 2009, Karolina’s passion for racquet sports and making them accessible and enjoyable for everyone motivates her daily.  Karolina has been a PTR certified pro since 2018 and recently became a triple threat – certified in tennis, pickleball, and platform tennis.  Karolina graduated from Grove City College, where she played on the tennis team, with a B.S. degree in Entrepreneurship. 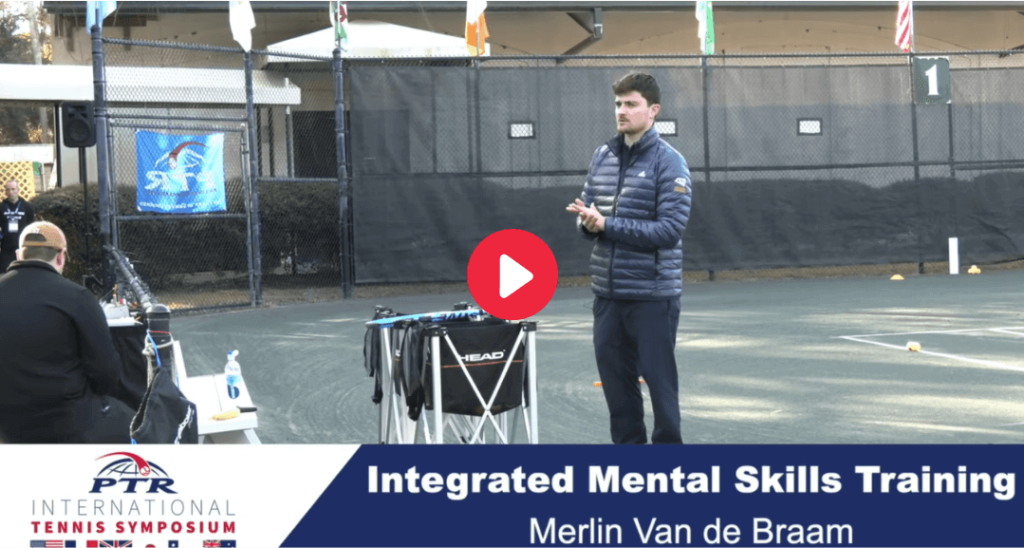